Home > Our Team > Board Of Trustees > Charlotte Palmer 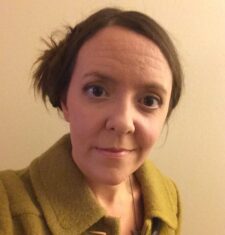 Charlotte has over fifteen years’ experience in the public sector, currently as Group Manager for Transport and Environment at Peterborough City Council. Charlotte is responsible for a number of
strategic functions including transport planning, passenger transport and the city’s sustainable transport initiative, Travelchoice. A key element of Charlotte’s role is to lead the city’s response to its declaration of a climate emergency, reducing carbon emissions to net-zero by 2030.

Charlotte was involved in the creation of The Green Backyard over ten years ago when it first opened its doors at the current site in the heart of Peterborough. Since then Charlotte has worked on a
number of different projects for the Council across the city including the city’s Future Peterborough programme that received a £3m grant from Innovate UK and went on to win the World Smart City award at the 2015 Barcelona Smart City Expo beating cities including Moscow and Dubai.

Charlotte has a first class honours degree in Environmental Studies (BSc) awarded by the OpenUniversity.